I always wondered what my epithet would be. Maybe I read too much on old mythology or my hard on for GoT has taken me to this point, I don’t know, but somehow I have gotten here. Now, I say I’ve ‘wondered’ what my epithet would be, in truth I know it. It’s both sad and a great honour that these titles aren’t made by ourselves. Epithets are made by the people. PLEBIANS UNITE!

Over the course of my life time I have acquired quite a few.

Now, not only did this one rhyme and at the time I was high on living the bohemian life tucked under Edgar Allen Poe and Trojan Wars. But I was strong like bull. I fending off boys for my sisters, I used my strength to help around the house. I was a little tank. I was strong, independent at the ripe age of 8. And yes, morbidly and romantically I was entwined with Mr. Poe at a young age, but that’s a story for another time.

Why this stuck for a whole summer, I’ll never really know, but I blame it on my love for sharks and a white dress, I wore nearly every day until it because the color of a very dusty rose.

Cait The Jack of All Trades

I am sure many have acquired this name over their life times. For me, this came from my dance school. I excelled at every dance class I took. From ballet to jazz to tap to hip hop and whateverthefuck else I did. But, I was never the top dancer. I was second, always second to the top. Where I thought I would be the best in ballet, there was always someone taller, leaner and had all attributes a ballerina should have, with jazz there was a dancer with spirit fingers that were out of this world, with tap, well my sister kicked my ass in it. I was never the best, I was always second best. A jack of all trades, but master of none, and being master at always being second best is no epithet anyone should live by.

In college came, Cait The Native. No epithet really, but everything I did, everything I accomplished was because I was native. I got scholarships and bursaries, not because I was a starving artist, but because I was a red skinned girl who wore moccasins to class. It’s funny when I first applied to school they didn’t accept me. REJECTED! I was then advised to reapply, but under being native. Sure enough, I got in. Clearly applying as a white person is nothing to compared to a native.

Even my theatre ensemble native the fuck out of me. No fault of their own, and at the time it didn’t bother me too much. But in my mind, I was more than being native.

College passed, and into adulthood I came. And with a thunderous bang, came more epithets I could every imagine.

Cait The Harlot of New West

Cait The Vamp Whore (This one actually makes me laugh)

Cait The Stealer of Men

Cait The Tight and Easy

Cait The Master Blower of the Love Whistle

Cait The Usurper of Men

Cait The No Hearted

Cait The Used Up, Damaged Fucking Whore of a Person Who Deserves Nothing, but Loneliness and a Broken Heart.

What happened to all the good qualities I possess? Or do I possess them no longer?

I have always been loyal to those I love, I’ve always put the ones I care about before me. I’ve invested in friendships and relationships financially, emotionally, mentally. But here I am. Cait The Girl With The Scarlet Letter. Cait the Native is starting to sound a lot more desirable now.

I have certainly done stupid things, but I am not stupid. People talk, rumours run rapid, and when you aren’t there to defend yourself, people start to believe these rumours. It’s sad, it’s hurtful, it’s something I would never wish on anyone. I lost a lot of important people in my life over this. And I am not trying to pass blame to the masses and the gossip king and queen in town. I am not, but I am not there. And although these rumours are blended with truths and I am sure exaggerations, and certainly lies, I am not there.

I had a relationship with someone who was married. I knew it was wrong, he knew it was wrong, but in those moments of our selfishness it felt right. I didn’t intend to destroy a family, he didn’t intend for anyone to find out, nothing was intended. Now, because of this, long time girlfriends don’t trust me around their men, I am now considered a homewrecker.

I am very open about my sex-capades. I talk about banging this person and another 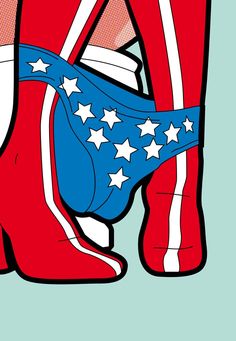 Now, people expect me of this. I once invited a friend out to meet me at a bar. I was there with some co-workers and other lonely hearts enjoying the night. It was quite a ways a way for this bloke to come out, but I offered to pay for his cab ride, even offered him to crash at my place if need be. He came and was terribly upset that I was going home with another lad. I apologized, I felt terrible, but my intentions were intentions of catching up, having some drinks and hanging out. His intentions were different. I didn’t realize this until I received a 20 minute lecture on being a terrible person and leading on men. Apparently this is a trait I have. God forbid me to invite a boy out and not put out.

It’s because I am more than this. I know I am more than this. But as mentioned before rumours run rapid, and when all the rumours are about you, and you aren’t there to defend yourself you start to believe them. I know I did. Maybe this bloke was right. My vagina is friendly to all!! Maybe the right thing for me to do was fuck the shit out of him. After all he came all this way thinking so why not deliver?

Maybe I am a piece a shit. Maybe I am all those names everyone seems to know me by now. If that’s the case, I should wear each and everyone of those fucking names proudly, right?

Like I said, I’ve done stupid things, but I am not stupid. I know there is more to me, than just an epithet.